This is a thing that really actually happened and I can’t embed it as a video because I’m seriously not upgrading my WP account for that, but you have to watch it, HAVE TO WATCH IT, both because it will make your life better and because you won’t understand this post if you don’t.

OMFG, right?! Can you even breathe right now? Do I need to call someone?

This is my favorite thing now. When I first stumbled across it (posted on Facebook by a more-than-slightly-weird young opera singer I know), I thought it couldn’t possibly be real. I thought it was a spoof. Like Fred Armisen had returned to SNL and was doing a brilliant skit. But then I realized that the source for this was the NBC Olympics website, and if you want to talk about harsh punishment for minor crimes, I can tell you that NBC is as close to the Russian Police as you can get when it comes to sharing their Olympic content anywhere else. This clip does not exist in full anywhere but on that site. It cannot be YouTubed or embedded on another source or Vladimir Putin’s American cousin Lenny will come to your house and break you like a little bird.

I have watched it about five times now, and though the NBC Olympic site will not allow for frivolity, the comments on Gawker and Deadspin are nothing short of brilliant. And then I started watching it full-screen and discovered the choking, sobbing-with-laughter joy of interpreting the priceless facial expressions. And since the NBC Olympics site will not allow for frivolity (you gotta wonder who’s worse, Putin or NBC Olympics President Gary Zenkel), I have wasted a great deal of the time I intended for doing my taxes and cleaning on making screen-grabs and accompanying thought bubbles. And then I cocked that whole operation up because I’m not that good at stuff like that, so you’re going to have to be okay with just pictures and captions.

“I am sorry, Mother.
Please, no shoot while on TV, ok? Mother watches.” 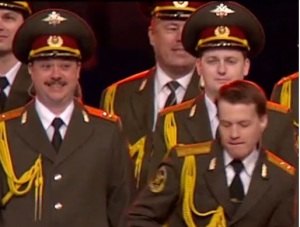 (Guy on left actually WAS up all night, actually DID get lucky.) 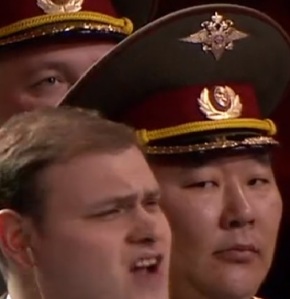 “Goddamned Apple Maps. How the hell did I wind up in Russia?!” 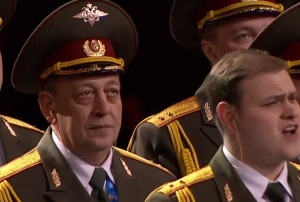 “Oooh! Heehee! You see what he just did with his hips? Wowee.” 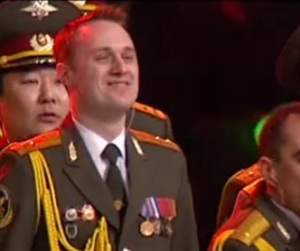 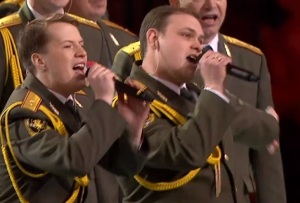 As Sochi’s mayor said, there are no gay people in his town. So these guys had to be brought in from St. Petersburg. 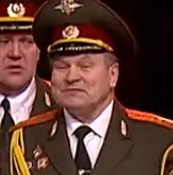 This sweet old man isn’t even a member of the Russian Police. They covered his head with burlap, dragged him in off the street and trussed him up to make their group look more “perestroika-y.” 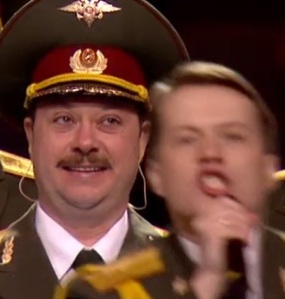 “Anybody notice yet I no sing at all?” 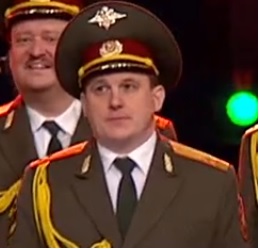 “Wait, THAT guy is star? Where is polonium?!”

The stuff you read on this site is mine. My ideas, my thoughts, my writing. Unless it sucks. Then you can claim it. You know what, though? I'd rather you just not take any of it. Copyright 2011 - 2016 thesinglecell All rights reserved. Reblog/excerpt/post elsewhere with permission.